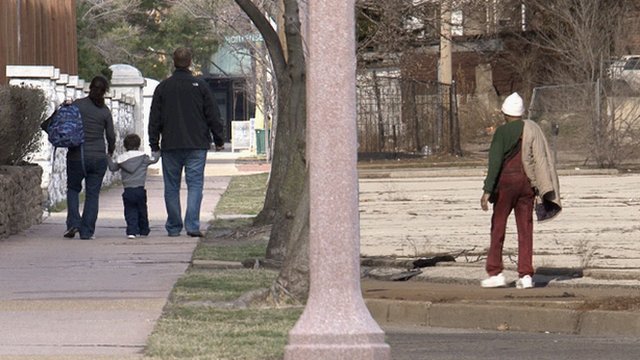 One street in St Louis, Missouri, has been known to residents as the “dividing line”

The income gap between the richest 1% of Americans and the other 99% widened to a record margin in 2012, according to an analysis of tax filings.

The top 1% of US earners collected 19.3% of household income, breaking a record previously set in 1927.

Income inequality in the US has been growing for almost three decades.

Incomes among the richest fell more than 36% between 2007-09, compared with a decrease of 11.6% for the rest of Americans. But in the last three years, 95% of all income gains have gone to the richest 1%.